en
ask for a quotation

This is the entrepreneurial story of Fabrice from Kadonation

Started as an idea to make collecting money for a group gift easier, in just five years Kadonation has become one of the fastest growing companies in Belgium. Somewhere along the way, we made a conscious decision to pivot towards the B2B market, and now with Kadonation Select we mainly offer an innovative platform for employee gifts and thank yous.

But how did Kadonation come about? And what is the story behind the growth path we’ve been on since then? All will be revealed in this blog!

Let’s briefly rewind to 2013, the year with more going for it than just ‘twerking’ making its first appearance in the dictionary. For example, it was also the year that plucky student Fabrice Guillermin decided at age 18 to look for a side job at an IT company in Ghent. In no time, he had contacted 35 IT companies, each of which told him he was more than welcome to do an internship in his third year, but that he was too young right now. Eventually, one of these companies (schoolonline) invited him to an interview. He could start right away, and was the youngest employee they’d ever had.

Three months later, Fabrice chose a different path: he wanted to commercialise his end of secondary school project for which he’d already won the Rotary Techno Awards, a recognition for the best project in the region. It soon turned out this wasn’t as easy as expected. The market was saturated with the competition, including big names like Windows.

And then he had his lightbulb moment

Not long after, and during a random internet search, Fabrice came across the phrase ‘group buying’. The seed had been planted. Fabrice immediately thought of all the problems everyone faces when collecting money for group gifts. Someone always has to pay upfront, with the risk that they’ll have to chase people for the money afterwards – or never see it again.

In addition, there always has to be one person to manage the money, and this is never straightforward. Then at the last minute, someone still has to volunteer to go and buy the gift. Fabrice seized the opportunity with both hands.

The birth of the Kadonation group gift

After some thought, time and energy, the online platform Kadonation was born. The ‘organiser’ can create a Kadonation group gift quickly, easily and free of charge. Then they invite their friends, who receive a link to the page and can chip in online using their preferred payment method. And that’s it: the lucky recipient can choose what they want to buy from over 1,000 shops. 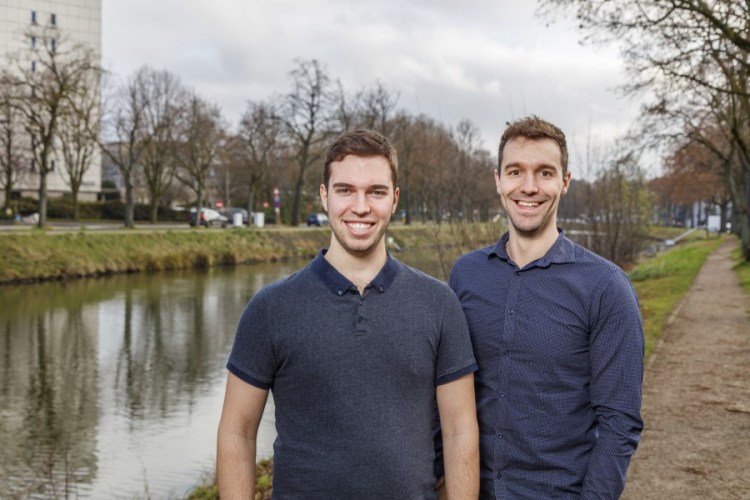 Putting Kadonation on the market was – as you might expect – no easy task. Fabrice faced plenty of challenges: financial, technical, and also when it came to marketing. Fortunately, he was able to rely on iMinds and their iStart.light programme. And not long after, Kadonation also achieved its first brand recognition, thanks to Ghentrepreneur’s nomination for the Ghent Student Entrepreneur 2016.

The main difficulty was a financial one: the ability to hold money from third parties. Fabrice relied on ARTEpreneur for this. This student cooperative had the necessary financial knowledge and a solution for all complex accounting matters. ARTEpreneur was in good hands being led by Jelle Van Roosbroeck, and it was he who coached Fabrice. Together they eventually drew up a financial plan for Kadonation. So Fabrice made him an offer he couldn't refuse: found Kadonation together, if they could raise the necessary funds. On 30 November 2016, the time had come: Kadonation was launched.

Finding a gap in the market accelerates growth

At the start of 2017, Kadonation completed its first major capital round, and was now standing on its own two feet as a public limited company (known as an ‘nv’ in Belgium). Various experienced entrepreneurs not only invested financially, but also made their knowledge and network available. Kadonation was gaining momentum again.

Soon after, the Kadonation Gift Voucher was made available individually, without you having to collectively chip in for it. That turned out to be the winning formula, for employee gifts too: our research into employee gifts would later show why.

And so the B2B market was explored further, and Kadonation started to grow rapidly. Kadonation Select would be launched in 2020. This innovative and free platform helps companies to quickly and easily set up a policy for employee gifts and thank yous. The tool bundles gift management, expense management and invoicing into one solution, easing the workload for HR professionals and business leaders.

And it paid off: in November 2021, Kadonation was crowned Belgium’s fastest-growing Digital Commerce company in Deloitte’s Fast 50, and Belgium’s third fastest-growing tech company overall. With a revenue growth of more than 5629% in the last four years. Fabrice remains humble, and first of all thanks the team for this achievement:

“By fully playing the technology card, we are growing faster than the competition. Our goal is to help companies make showing their appreciation the most natural thing in the world. We can only achieve this ambition if we also embody that concept ourselves. Our team has therefore earned this growth. Without their hard work and enthusiasm, we would never be where we are today.”

A fun trip down memory lane, but we’re also looking ahead. In the near future, we will continue to invest heavily in the Kadonation Select platform to help companies build a culture of appreciation and recognition.

Looking for a simple way to show your appreciation for individual employees on those occasions that matter? Book an appointment now to discover what Kadonation Select can do for you.